The F3 Foundation Advisory Council serves as a non-governing, non-fiduciary group of volunteers charged with providing strategic guidance, raising awareness and assisting with raising funds to help ensure the Foundation’s success in achieving its goals in support of F3 Nation’s mission. 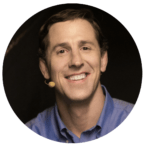 Jim Harshaw, Jr. (F3 Grappler | Charlottesville) serves as chair of the F3 Foundation Advisory Council. He is a speaker, personal performance coach, and host of the Success Through Failure podcast. A native of Pittsburgh, Jim received two degrees from the University of Virginia. He was an NCAA Division I All American wrestler at UVA as well as an NCAA Division I head coach. His clients include CEOs, entrepreneurs, and leaders from Fortune 500 companies as well as current and former athletes from the NFL, UFC, NCAA, and Olympics. He has worked with companies and organizations including Hartford Funds, Spartan Race, University of Texas, and others. Prior to this business, Harshaw spent eight years as executive director of the 501(c)3 Cavalier Wrestling Club and seven years as a major gift officer for the University of Virginia Athletics Foundation. Grappler’s home region is Charlottesville, Va. He’s married to his wife Allison and they have four children and the obligatory cat and dog. 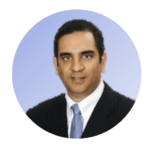 Jay Chadha (F3 Charmin | Houston), after attending a New Years’ Eve party, thought that showing up at a park at 6:30 am on January 1, 2019, to work out with a bunch of guys he did not know, was a “good” idea. Turned out to be one of the best decisions he’s made. Charmin is a tax lawyer with Norton Rose Fulbright US LLP, focusing his practice on state and local taxation, nonprofit and exempt organization matters and general federal tax matters. Charmin grew up in New Orleans, covering both the lakeside (University of New Orleans) to the riverside (Tulane Law School), but if you ask him where he went to school, he’ll tell you Ben Franklin. Charmin gives back to his profession and the community, in a variety of ways, either through bar leadership positions, teaching at the University of Houston Law Center, or volunteering with the United Way. Charmin, his wife, Anu, and his two 2.0s, Devan and Kiran, live in Houston, Texas where Charmin enjoys entirely too much TV sports (football and the Astros), watching Jeopardy, dining out, and when vacationing, snow skiing. 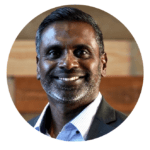 Mathew Correia  ( Cobra Commander | F3 Toledo) first joined F3 2 years ago in the midst of the pandemic with the hope of filling the void left by being unable to work out regularly in the gym. His son, F3 Prestige Worldwide, coaxed him into his first workout and there Mathew found more than he could’ve hoped for. He was quickly surrounded by a community of men true to their word and who stood in the gap for him through their prayers and support for both his physical health and personal life. He is currently a Site Q, part of a shield lock, and has previously led the local give2give campaign. Recently, he helped pioneer a mental health program for F3 members in partnership with the National Alliance of Mental Illness. For the past 26 years he has worked as a program/process/launch engineer and engineering manager for Cooper Standard. He and his loving wife, Cindy, have been married for 22 years and have two children (20 and 18). 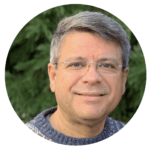 Allen Denver (F3 Brady | Puget Sound)  has been with F3 for 5 years and has worked for Microsoft for over 27 years. During his time in corporate work he has been on the forefront of cutting edge technology in the software industry spending most of his time contributing to the world’s most popular computer programming tool, Visual Studio. He’s the holder of two patents related to his work on software. Brady spent time working for Microsoft’s employee giving campaign, immersed in fund-raising, corporate philanthropy, and non-profit operations. Brady serves on the board of directors for Seattle Angels, a non-profit organization supporting foster-children and foster-families by matching volunteers to serve the needs of the foster-care community. When he’s not working on software or working out with F3, Brady is a husband and father. He and his wife have 7 children, 6 of whom are adopted, and have also been foster-parents for many children over many years. Brady himself is a former foster-youth, passionate about the cause of foster-care and adoption in our world. His personal mission is to enable existing and prospective foster & adoptive parents & their children to achieve their full potential. 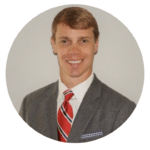 Will Johnson (F3 Sawed Off | Lowcountry) is a Development Officer for Ducks Unlimited, Inc. serving North and South Carolina.  Tasked with securing philanthropic support for the benefit of wetlands conservation, Will collaborates with individuals, corporations and foundations that value habitat enhancement, restoration and protection.  With over 15 years of non-profit fundraising and management experience, Will has developed a keen understanding of how to build relationship capital and mesh donor interests with organizational objectives. While originally from Roswell, GA, Will and his beautiful wife Laurel reside in the South Carolina lowcountry with their three daughters, ages six, four, and one.  As a family, they enjoy spending time together at the family home on Fripp Island, “spinning plates” and cheering for the Gamecocks. Will is a 2005 graduate of the University of South Carolina and holds dual degrees in Finance and Marketing.  He’s also the current Nantan of F3 Lowcountry, having begun his engagement September 2, 2016.  His go-to workout is the Iron Cross and his favorite F3 event is the Palmetto 200. 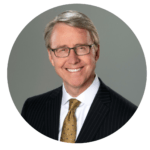 Ron Lamberth (F3 Van Winkle | Charlotte Metro) is a North Carolina native but a Gamecock fan.  Receiving an accounting degree from University of South Carolina in 1978 he has been a Partner at Cherry Bekaert LLP, a CPA firm with 26 offices in the US. Ron’s professional career has been focused on bringing value to clients, especially in the non-profit sector.  As a partner at Cherry Bekaert, he has served close to 100 non-profit clients. Lamberth eagerly anticipates his retirement in April 2022 to spend more time on his passion, community service (and growing FreedtoBleed to 10,000 units collected from F3 blood drives). Ron has served on five non-profit boards before joining the F3 Foundation Advisory Council. He has been part of F3 for a decade and enjoys the “2nd F” with 50 guys, being in great shape (better than most his age). F3 has provided meaningful, deep relationships that will last a lifetime. He and his wife, Joye, have one daughter, Katherine, a son-in-law Pell (F3 Bambi) and Charlie, his faithful 4-legged companion. 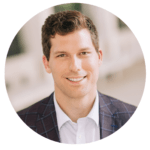 Kurt Wunderlich (F3 Wolverine | St. Louis) made it to his first F3 workout in September 2019, after having lunch with an attorney to discuss helping clients design better estate plans. Little did he know this lunch would introduce him to a great group of guys who would improve his life forever. As a former athlete, he thought he could out king his queen and was in the midst of realizing this thinking caused him to gain 20+ lbs when he made his first post. By standing shoulder to shoulder in the gloom and forming a shield lock with HIMs in St Louis, he is continuing to accelerate his fitness while also focused on reining in his jester, the queen. In F3 he has held multiple leadership roles, starting as the 3rd F of St. Louis where it has expanded from a single region into 4, and as the Shield Lock Q focused on helping men fight the flux. His concentrica is his M Ashley, who enjoys poking fun at the F3 lexicon, and their two daughters. For his mammon, he is in business development for one of the largest registered investment advisors in the country which allows him to meet more of the PAX of F3 nation on his travels for work.

Robert Schleusner aka “Snap Fade” recently left Bank of America after 24 years. His most recent role was Head of the Wholesale Credit organization where his team was responsible for extending credit to the firm’s global commercial clients. Prior to this role, he served as Global Head of Leveraged Finance during an 18 year career in capital markets. He is currently pursuing an executive certificate in Leadership Coaching through the Georgetown School of Continuing Studies. Through his involvement with F3, Schleusner is President of the F3 Foundation and works to help F3 Metro with its annual Come to the Table event. A husband and father of three children, Snap Fade has been active in F3 since its formation in January 2011. 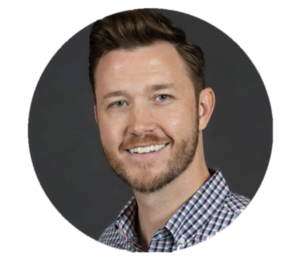 John Horton aka “Scratch & Win” has been seen in the gloom at F3 Area 51 since 2014. In his role as Executive Director of F3 Foundation (the first full-time employee of the organization), S&W supports fundraising, grant making, and charitable partnerships for F3 across the country. With nearly 20 years experience in nonprofit management and fundraising, S&W is a Certified Fund Raising Executive (CFRE) and strives to be a servant leader, investing in the growth and success of others around him. He earned a B.A. in Communications with a Minor in Music from Queens University of Charlotte and also played goalkeeper on the nationally ranked men’s soccer team – serving as captain in his Senior year. S&W lives in Charlotte with his wife Lauren, Executive Director with Beautycounter (and all-around rock star human being), and his 2.0s  “Reader Frog aka Shark Bait”, age 12 and “Tony Hawk”, age 9. Recreationally, S&W enjoys soccer, golf, disc golf, snowboarding, movies, theatre, music and being “the six” during most F3 workouts (which are, of course, a contractual privilege).